is a song  by Silet Open Up,  who bossed  the airwaves last year with  kakak main salah.

ORANG CURI START , is much more fitting for the great game @ Serba Dinamik.  Lyrics then with a bit off  interpretation  from me as the  Malay is slang based. 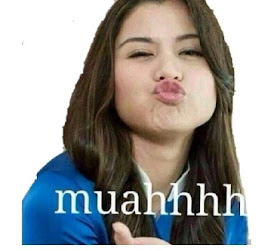 For many, the great game was the Cold war of the 19th century  between UK and Britian . The term actually had it orgins some 300 years before that in  France as a game of   risk, chance and deception.

On Friday last week,  Serba Dinamik got  its wish  for an independent party  to either condemn them or free them from the negativity  that arose  because KPMG could not form an opinion .

Trading today will be interesting but only on Tuesday, the 1.75 billion shares  traded last  last week  will meet the hold, fold or foresold fate

Reddit banter points to  a new shareholder. Similar stories are bound to appear elsewhere ahead of Tuesday.


Nothing much  said though  on what looks like a deliberate attempt online and in Telegam to paint a picture of guilt on Serba Dinamik.  READ ;

Pronounce Serba Dinamik INNOCENT, and EY,  the only BIG FOUR 1MDB  auditor who walked away with their integrity  and honesty elevated ,  will  have knives pointed at their integrity by lesser men.
Add  the strange selling strategy employed by the EPF and a Sarawak  based media's demand to know if the fabled PAK PANDIR IS FOR REAL
Have we forgotten how attempts were made on Air Asia, seemingly on governance issues over the past 6 years, which could have resulted in Tony Fernandes, having to sell against his will and on the  cheap the company he built from nothing.  The personalities in Serba Dinamik are mere dwarf's compared to Tony in terms of profile, wealth, and global networking, but even he had to take The WALK OF SHAME
READ ;
1.AIR ASIA SHARES DOWN 23 PER CENT AS HONG KONG BASED AUDIT GROUP HINTS  FRAUD
2.11 PER CENT BLOOD BATH IN AIR ASIA.
3.TA SECURITIRES; SELL FIRST, ASK QUESTIONS LATTER
4.TONY RETURNS. NOT GUILTY.
TUESDAY,  shall have her share of diamonds in the rough intrigue, and nothing more than that because they have always known as you  now know ; the story of  Serba Dinamik  has yet to be told. (TO BE CONTINUED)
NuclearManBursa at 17:03
Share