The Story of Serba Dinamik is Being Told : Shakedown.

is Bob Segar's one and only song which hit number one on the BILLBOARD HOT 100.  The song was featured  in the 1984 movie Beverly  Hills Cop.
Over the past 13 trading days some 2.1 4 per cent had changed in  the off market,  with none of the trades coming from Shareholders who own five per cent or more of  the company.
On  Sept 4,  I had identified that days before that some 50 million shares of Serba Dinamik had changed hands, which I said was going to be used to READ : To Cull Serba Dinamik's l The Share Price.
Obviously 50 million shares could not do the job, so another 30 million shares were moved on via off market block trades to SHAKE DOWN, Serba Dinamik .

So who has control of more than FIVE PERCENT of SERBA Dinamk lying around the dining table? According  to Bursa Market Place where the latest shareholdings of public listed companies can be found, only Serba Dinamik Board member Abdul Kadier bin Sahib and its CEO Mohd Abdul Karim have more than 5 per cent.

These two gentlemen  were not party to the off market trade.

Instead influential power broker swayed by the complete transfer of Distribution of Domestic Gas from Petroliam Nasional Bhd(Petronas) to Petroleum Sarawak Bhd sencing that time is of essence have made what  I CONSIDER THE SECOND LAST ATTEMPT  TO TRY AN ATTEMPT A SHAKE DOWN IN SERBA DINAMIK . 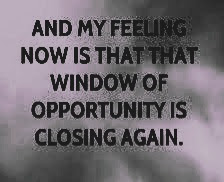 The plan was to  push the shares down to 30 sen and trigger an avalanche of a margin call, but that plan seems to have been scuttled, because as at SEPTEMBER 20 2021, NOBODY  CAN EXPLAIN WHAT BURSA MARKET PLACE IS FLASHING on a company that supposedly MUST FAIL.

BUT AS THE SAYING GOES ONE CAN BE BORN TO FAIL, BUT THAT DOES NOT MEAN WE CANNOT, BUILD OURSELVES TO SUCCEED.