Is a belter of a song by Ramli Sarip. Elections in Sabah today, with the very charismatic  Shafie Apdal expected to drag his WARISAN party to a thumbing victory, landing UMNO a major blow. 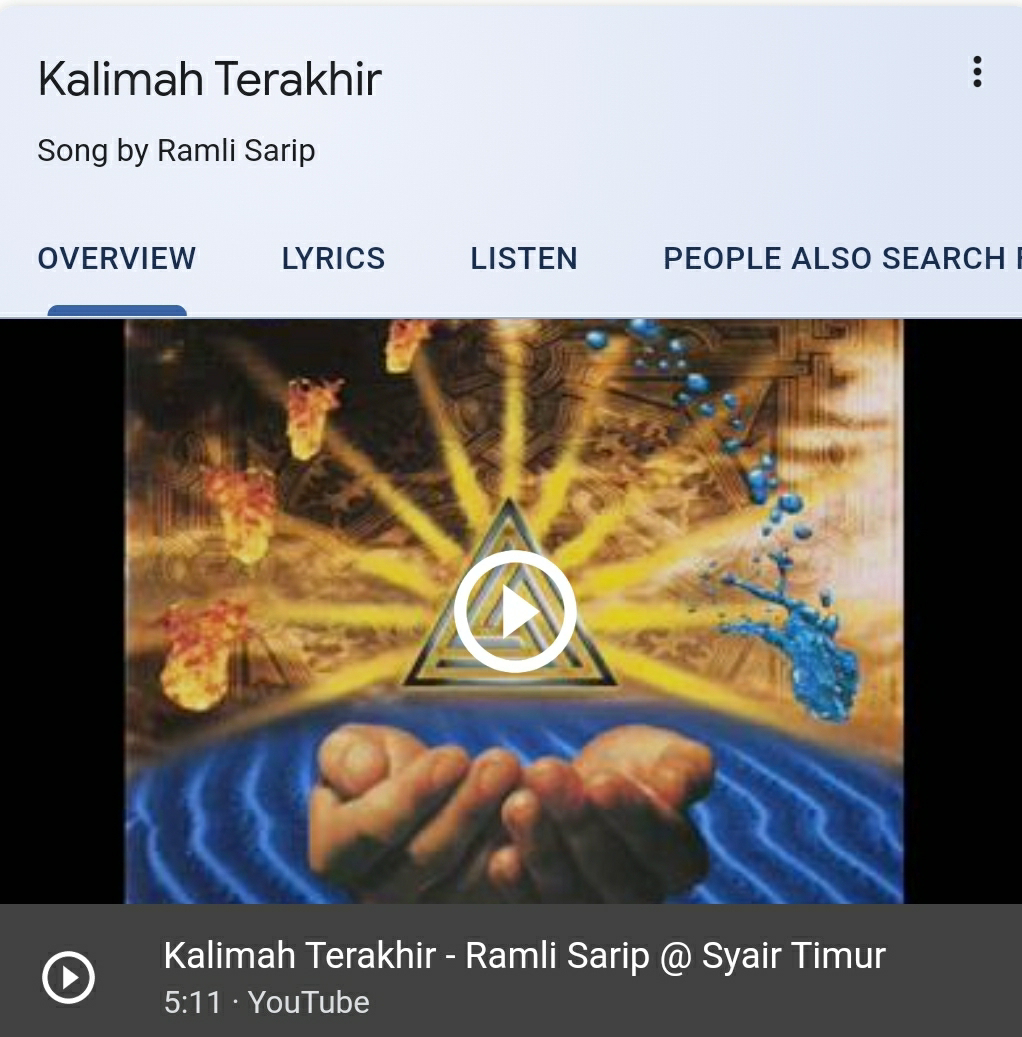 The expected DEFEAT though is expected to be pinned on the head of PM8. Knives will be out this time around. It's  easy to win by elections but if you get TRASHED state wide in the land beneath the wind, is a testament that the ABAH CAMPAIGN is a failure and a classic example of your can fool some people all the time but you can't fool all the people all the time.
The lyrics then :
Jauh sudah perjalanan
Pahit manis dirasakan
Kini kau sudah di penghujung jalan
Di waktu yang sangat sempit
Di saat hampir terhimpit
Posted by NuclearManBursa at 20:15 No comments:

Is one song which can make your blood pump up, and go to war. This is the song I blast when playing GHOST of TSUSHIMA , killing the evil Mongolian to defend what is right.
Some 15 YEARS,  the STAR came out with an article on syndicates. To me, the said article is much more genuine than the Edge's HIDDEN HANDS, which feels more orderly in bringing the market back to its sence. 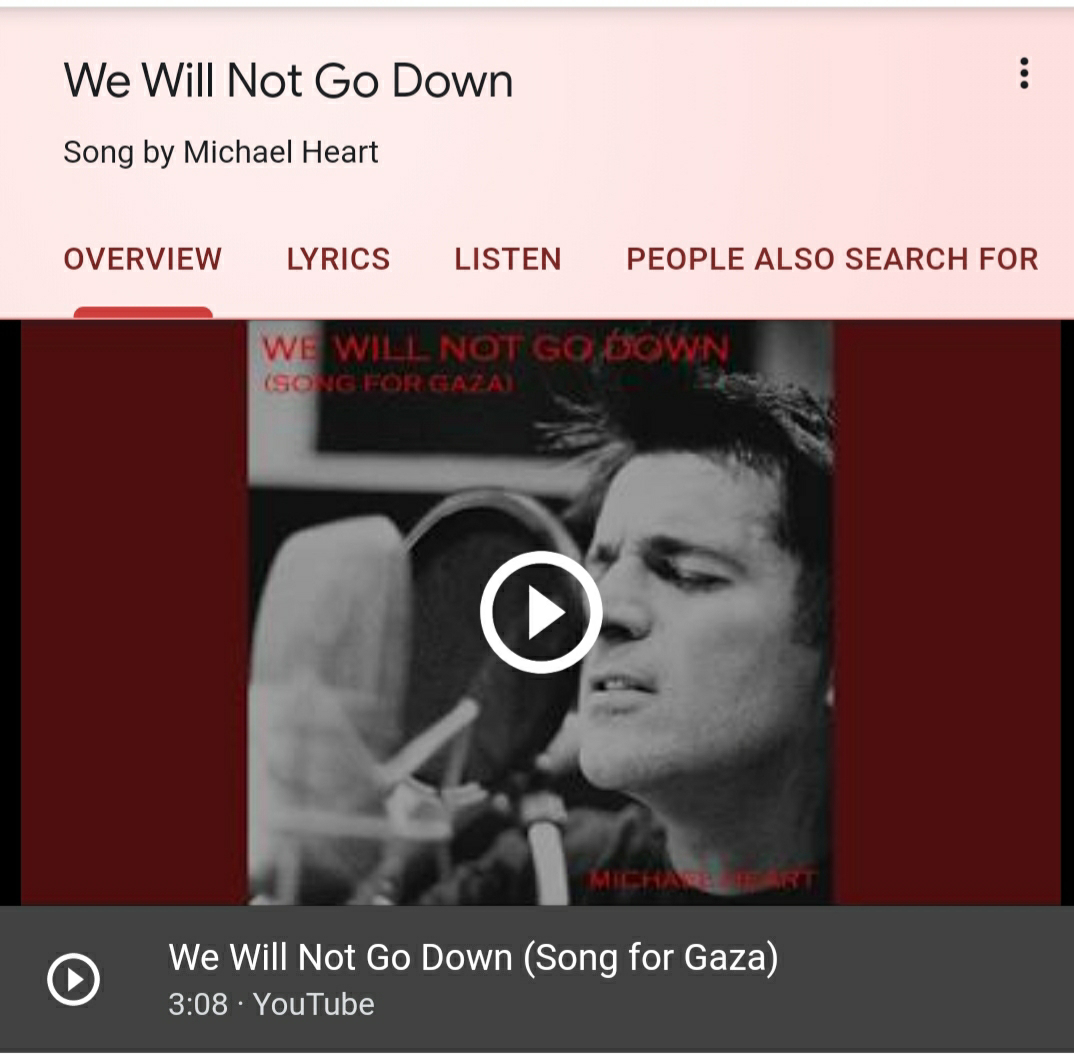 Bursa Malaysia. Killing Me Softly With His Song.

In 1973, just as folk and soul were becoming more romantic and intimate, Roberta Flack released “Killing Me Softly With His Song.” Inspired by singer Lori Lieberman's original a year earlier.
Ms. Flack's recording for Atlantic Records went to No. 1 for five weeks on Billboard's pop chart. 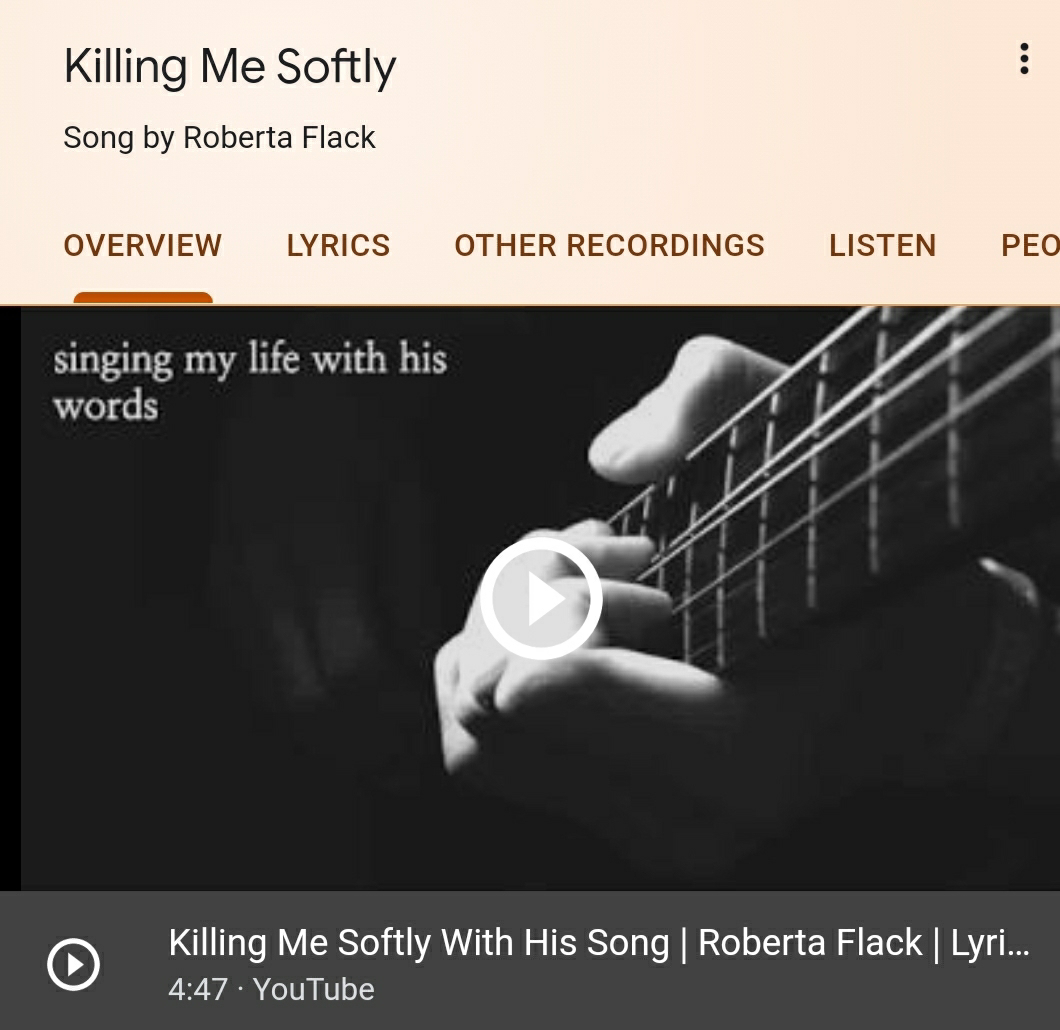 PM8. The first cut is the deepest

Was a smash hit for Rod Stewart  back in 1976,  taken from the hot selling album A night on the Town..
What a night it has been, as PM8  gets the thumbs down from FOREIGN FUNDS. According to Bank Islam, we haven't  had this experience  since 2015.  The stock market often moves ahead for what lays in days to come for the real economy. 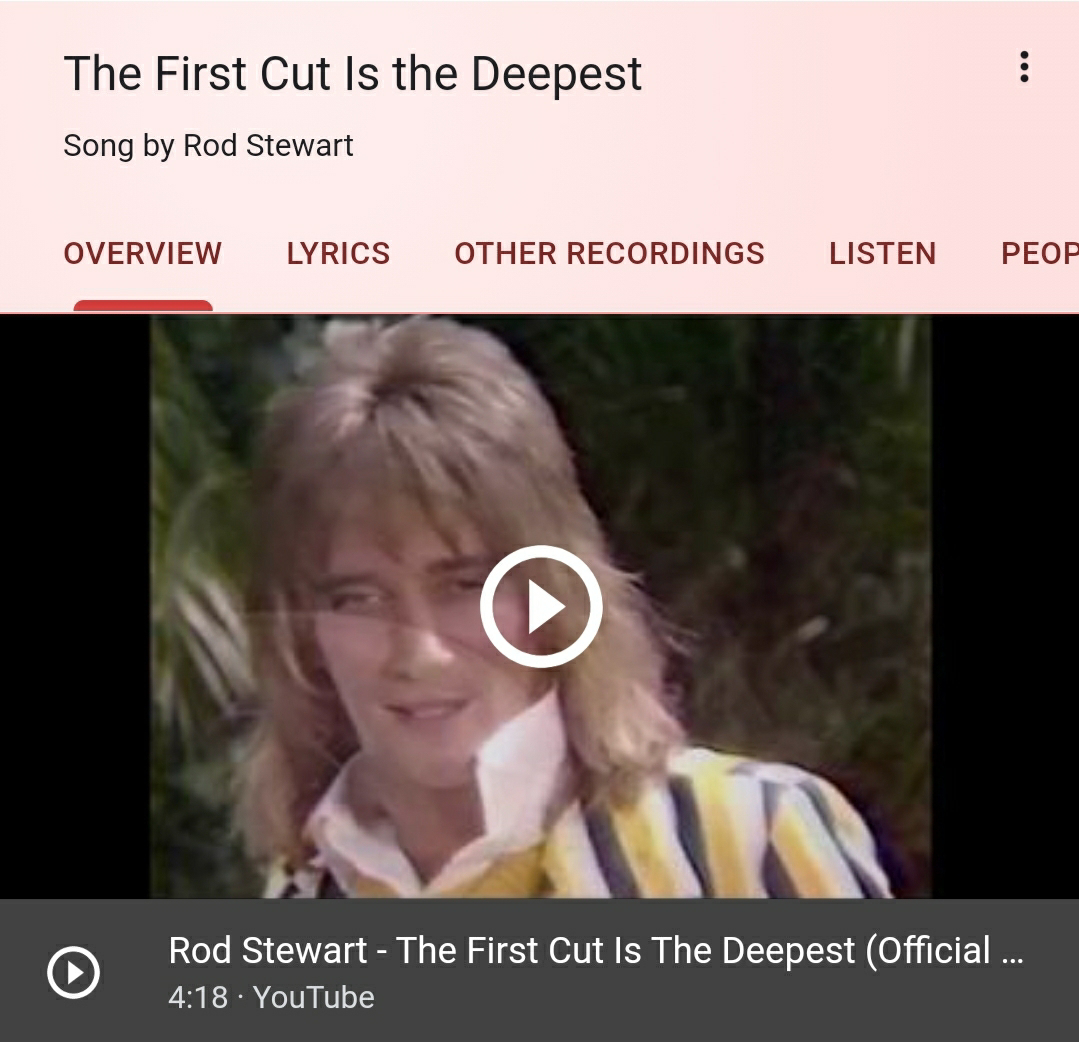 PARLO. The way it is

Was a smash hit for Bruce Hornsby  &  the Range. The song outlines the HARDSHIP borne when the economy collapse on a global  scale.
Standing in line, marking time
Waiting for the welfare dime
'Cause they can't buy a job
The man in the silk suit hurries by
As he catches the poor old ladies' eyes
Just for fun he says, "get a job"
That's just the way it is
Some things will never change
That's just the way it is
One of the sectors most hard pressed by Covid 19 has been the tourism sector. Just today, BOOKING.COM said its closing five offices,  which will result in thousands losing their jobs.
Malaysia, itself could lose as much as RM90 billion in tourism receipts this year, after having recorded a RM45 billion drop in BUSINESS in the first six months of the year.
Parlo's tour agency currently operates FOUR TIMES A WEEK.,  which resulted in net margins falling by a record  9999 PERCENT. 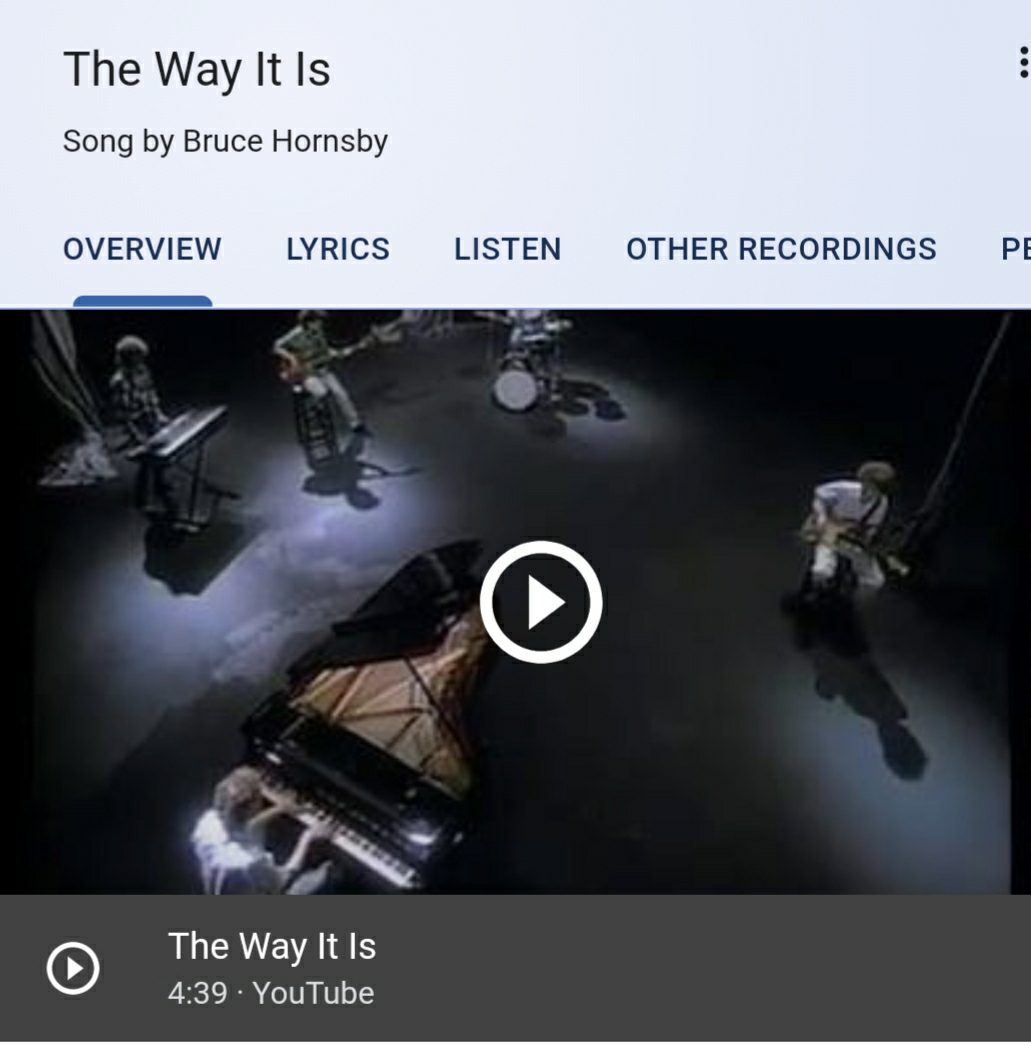 The major shareholders have been selling, but this has not stopped the stock to be up by more than 400 per cent this year,  on investors banking on a former Telco managing director  emerging as the a major player in Parlo, which could see the company's  business direction change to be more online centric.
Posted by NuclearManBursa at 11:02 No comments: 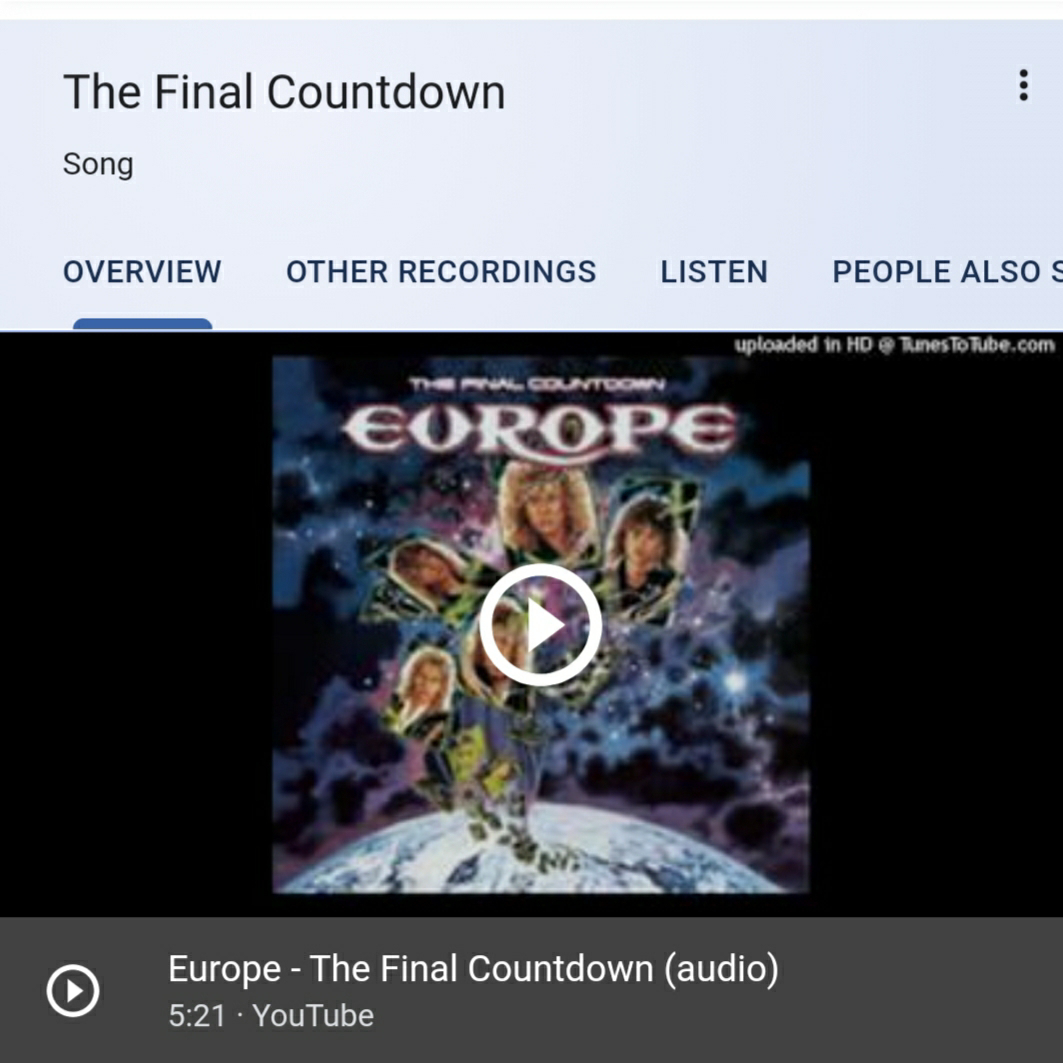 Top Glove will post a RECORD RM 1 billion plus profit in the quarter just ended. It will bring valuation down by some 66 per cent to a PE of about 30 times.
This baby...Final Countdown. Nothing less than RM12 by  this week.??????
Posted by NuclearManBursa at 18:04 No comments:

CNN. No More The Fool

Was the come back hit single from the album of the same name by the British queen of Blues some 33 years ago.
No more the fool who waits around
Waiting for you to bring me down
Those days are gone now
No more the nights lying awake
Crying and waiting for the day to break
No more the sound as my dreams
Fall and hit the ground
While I wait around
No more the fool
After reading the CNN report on TOP GLOVE, it came as no surprise to me on why CNN was sued by a 16 YEAR OLD. 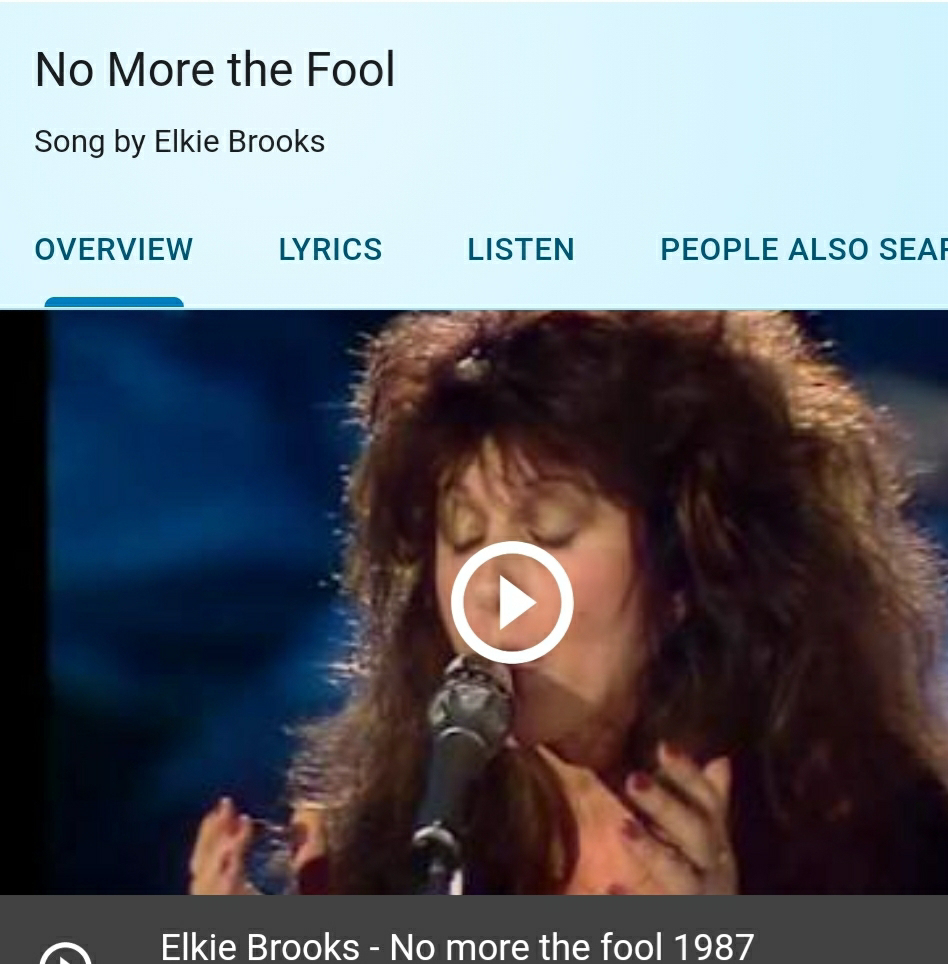 The station decided wisely for a private settlement instead of being dragged to court. There is no doubt in my mind that CNN is a top station, however in recent times QUESTIONS HAVE BEEN RAISED over its editorial  guidelines.
On CNN's latest REPORT on Top Glove,  those editorial guidelines issues stick out like a sore thumb because it involves very basic mathematics.
Take for instance the case of :
Daarul, a former subsistence farmer, says he was asked to pay 120,000 Nepalese rupees ($1,011) in agency fees to take the job. Six years later, he's still working in the factory and dreams of going home but can't afford to. "I work very hard every month, but my salary is still not enough to support my family, let alone pay for a return flight," he said.
HELLO, CNN 🙄
Your report clearly states that Daarul earns RM1200 and can claim overtime too. It looks like the dude has free accommodation too, thanks to Kossan Rubbers generosity.
Let's just ASSUME that Daarul earned an average of USD 300 a month. And received ZERO bonus over the six year period. So over a 72 month period, Daarul earned USD 21,600.
CNN, you mean to tell me the world that Daarul is in such a bad condition that after six years he cannot settle the US$1,011 debt.
CNN, if you truly believe that, then I think it's time to believe that in the USA, there is now concrete  evidence to suggest that there lives a bigger fool than Donald Trump !!!.🤣🤣🤣🤣
Posted by NuclearManBursa at 00:02 No comments:

AppAsia. Don't be so shy.

Was a major hit for Imany back in 2014 . The single was taken from the album titled French Women.
To look at the price of AppAsia, is really a head turning revolt of an exercise . AppAsia,  Don't  be so shy.
Take a breath
Rest your head
Close your eyes
You're all right.
The company is in the right business, got the right type of contracts, has MARA building an 8 per cent stake, had a Rakunten 60 odd sen valuation, that must be rated upwards.
Take AppAsia's recent Yellow Pages venture with Telekom Malaysia. In a nut shell, Telekom Malaysia is banking on AppAsia to take the business directory into the digital age,  and to create a platform that will be able to bring online customers offline. 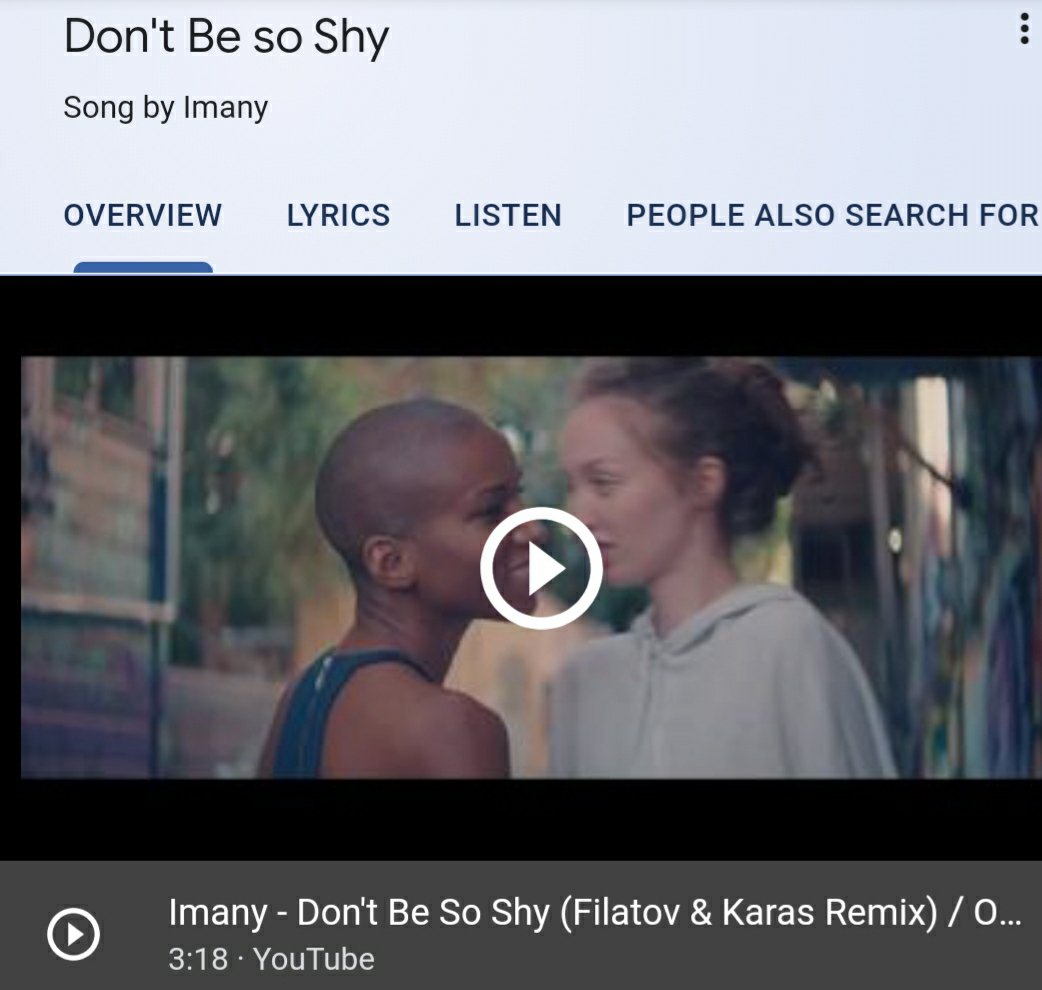 Telekom is not alone. According to  ACCENTURE more than 56 per cent of Malaysian companies, don't list down digitalisation with growth.
This in a nation, where the digitalisation MEDIUM , looks ready to see   online retail gross merchandise revenue (GMV) double to US$9 billion in 2025 from the current US$4 billion.
A nation that TOP the list on e wallet usage, as well as contributing  RM270 billion a year to the GDP. This just goes to show, what type of growth prospects knocking on the doors of AppAsia.
AppAsia knows how to create vibrant platforms, streaming services, key ingredients  required if you are a company that wishes to make its mark on the US$7 trillion platform ecosystem.
AppAsia needs to tell its story to the broader market, that in the  nation that has the HIGHEST percentage of  digital consumers in the Asean region, the company has no real Malaysian challenger. It's on cusp of an earnings revolution.
From handling, the USA Defense department, to managing Sinar Harian and China Press, AppAsia this year have started to partner some very serious names on corporate Malaysia.
Over the last couple of months, the company  has partnered the Malaysia Institute  of Accountants  and Telekom Malaysis in deals at best can be said to be monopolistic.
To get the MIA Econfirmation venture, one must pass the stringent stress test by Bank Negara Malaysia, which is not a walk in the park. Only the best can go through.
With that, AppAsia  should do better with NEW equally credible partners on the horizon. The partner list itself is a good indicator, on AppAsia's credibility  and ability to woo the very best names.
If it is true that a man should  be judge by the company he keeps. Then it won't be off the mark to say that at current levels, AppAsia is being valued at a
S O N G!!!
Posted by NuclearManBursa at 10:14 No comments:

Email ThisBlogThis!Share to TwitterShare to FacebookShare to Pinterest
Labels: +¹111

Dull Market. It's a hard life

Is a classic from the legendary band, The Queen. Lyrics to this song goes something like this
This is a tricky situation
I've only got myself to blame
It's just a simple fact of life
It can happen to any one
You win, you lose
This well, could be what most traders are saying to themselves  as the Dow Jones (rest of the world too) heads towards a DULL MARKET, having tanked by more than 400 points yesterday 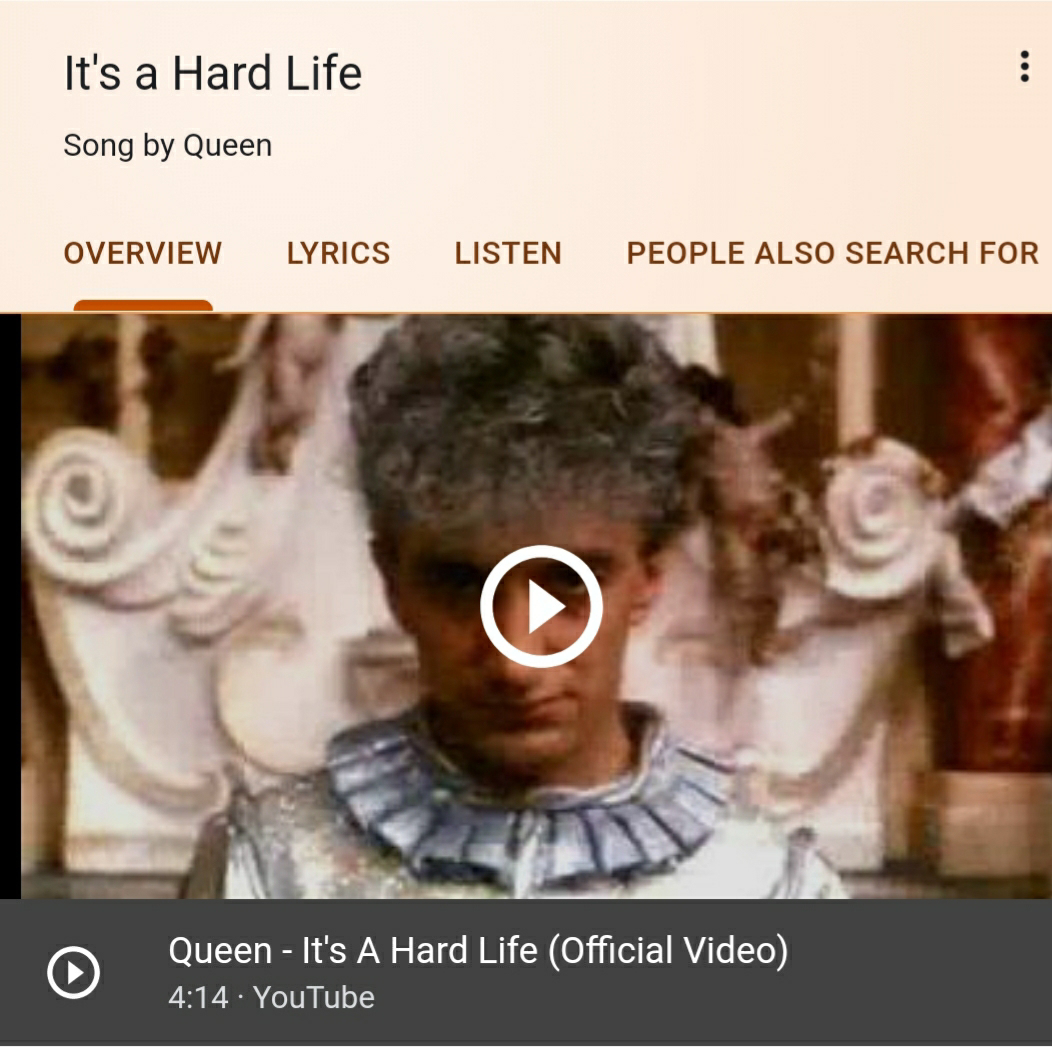 One significant READING related to the VIX index seems to point to that direction. If you want to know more about the VIX INDEX, you can read HERE.
Posted by NuclearManBursa at 12:48 No comments:

Was a smash hit for OffSpring. It's one of the new age rock song that dominated the 1990's before Nirvana ruled the next.
Well, Top Glove the nation's third most valuable headed by Klang's Lim Wee Chai, has just upped the ante after the story by MACQUARIE RESEARCH  cut the stock price to RM5.45. 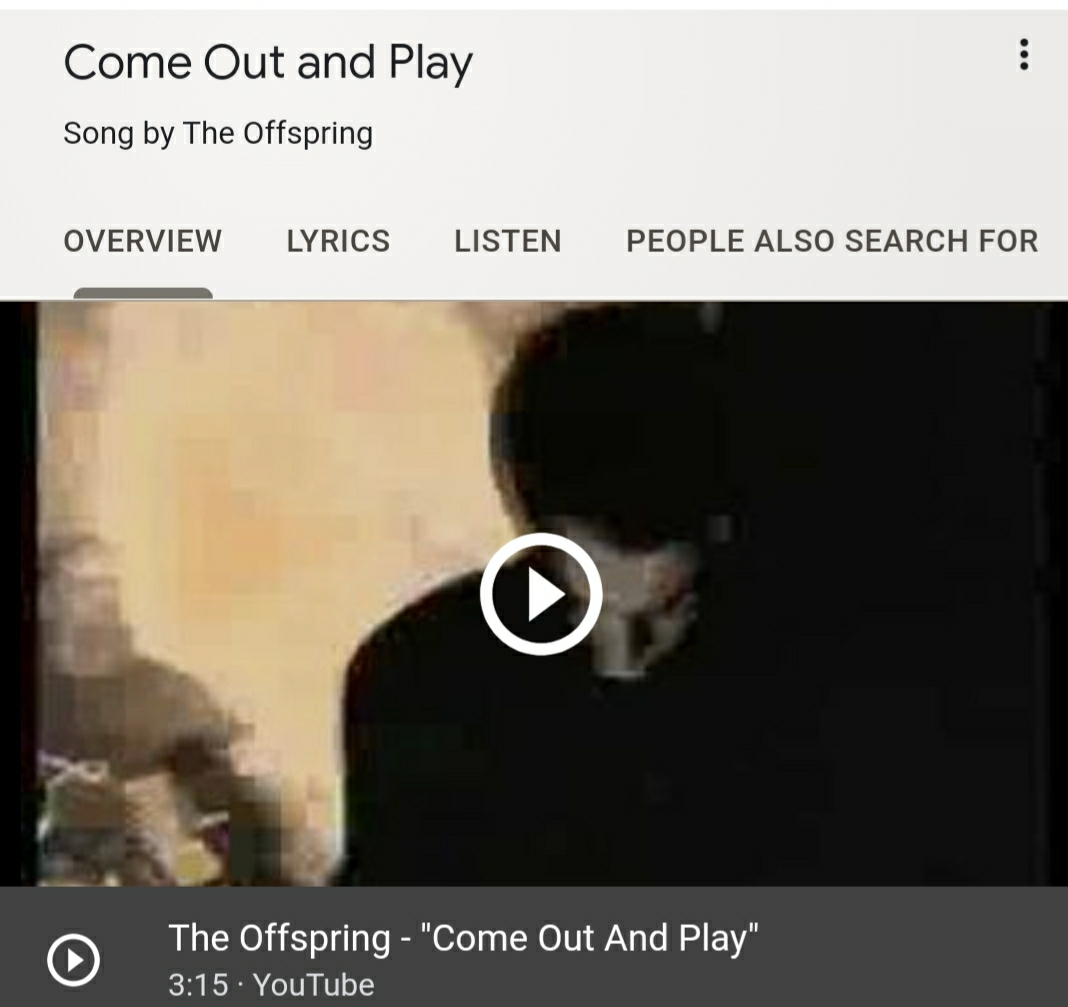 Top Glove currently is behind Public Bank and Maybank as Malaysia most valuable company by market capitalisation. The stock closed at RM6.45.
Top Glove is not taking this bashing lying down. It has spent more than RM109 million in two days to buy back it's own shares and styme efforts by the barbarians at the great to bring Klang's pride and joy tumbling down.
Top Glove has set one day after Malaysia Day as D day, when it is will announce its quarterly results that is poised to be HIGHEST ON RECORD.
The lyrics then which Maxquarie Research should have a look at when the day comes
Take him out
You gotta keep 'em separated
Hey - man you talking back to me?
Take him out
You gotta keep 'em separated
Hey they don't pay no mind
Posted by NuclearManBursa at 08:14 No comments: