Muhyiddin Yassin. Don't Stand So Close To Me

Was a hit 42 years ago for the Police, and has had a revival over the past few months, due to the Coronavirus.

The lyrics to the song goes something like this;

Yes, don't stand so close to me if that was  your plan to help the Rakyat. Yesterday ,Muhyiddin Yassin revealed his plan. The B40, those  earning RM2500 or less and those earning up to RM5000, will get a one off RM500 payment. CLICK HERE TO READ 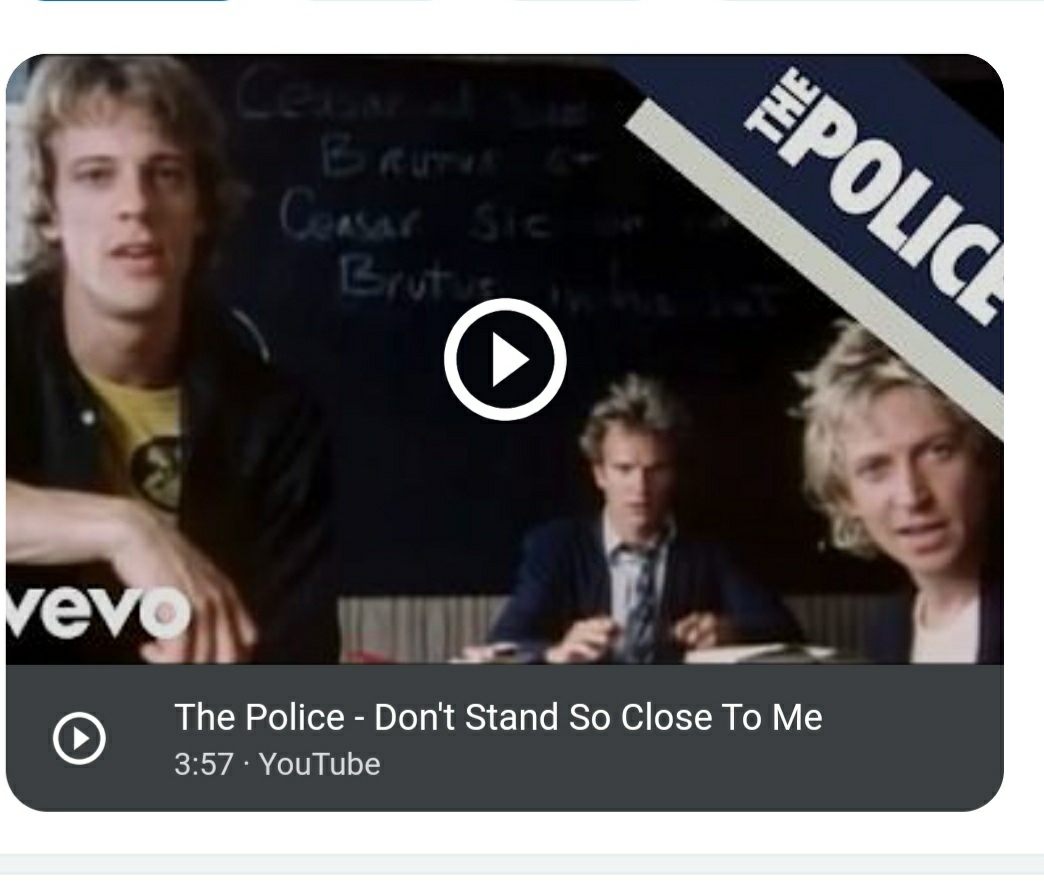 What can RM500 do for those who have to go on forced non pay leave or whose salary have been delayed? It can do a lot, yet do nothing.  One off payments are very short term measure, and generally does not work as the people need a longer term cushion to survive the storm. And that is the bottom line.
The bulk of the RM40 billion package are basically delayed  pain. If you do not pay to day. You will have to pay some other day.  CLICK HERE TO READ.
No wonder PAWN SHOPS or KEDAI PAJAK GADAI  has been listed as essential  service that can operate during this MCO. CLICK TO READ. So sorry to say but this the sad state of our beloved  tanah darah tumpah, tanahair kita.
Posted by NuclearManBursa at 18:02

a song by Malay You Tuber Ical Mosh, lamenting on the cruel world.

A cruel world indeed, when you look, at point 11, of the essential plan on businesses  which are essential and will be open during the coming lock down.  PAWN shops, KEDAI PAJAK GADAI!!!. CLICK HERE TO SEE

And why is that so? Is it because Muhyiddin Yassin has not provided yet a detailed and comprehensive FINANCIAL PLAN for the people and for businesses.   And if the Government can't  do much, it should step aside and let people tap into their EPF....in true #kita jaga kita , fashion which seems to be the flavour of the year.

At this moment, it seems Malaysians are being asked to FLY without wings!. 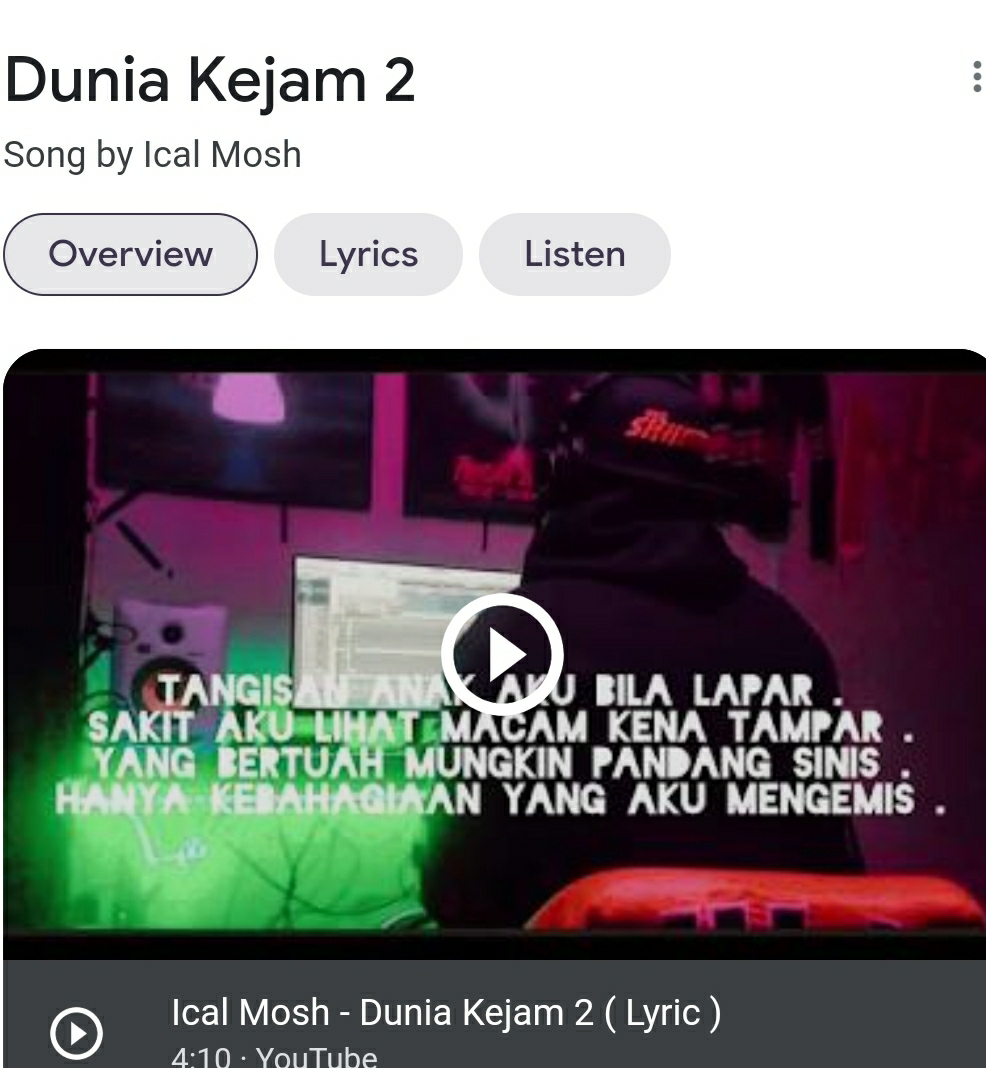 Muhyiddin Yassin  MUST come up with a financial plan within the next 72 hours LAH!!!

Meanwhile making the rounds on you tube is an interview with Nik Ezanee Mohd Faisal , senior assistant commisioner of Police.

The headline of the You Tube Clip is ABANG TAHU APA DIA CURI?  The You Tube Link

was a hit 13 years ago, for hip hoppers Ahli Fiqir, a band made up of three Singaporean,  one Malaysian and an Indonesian. 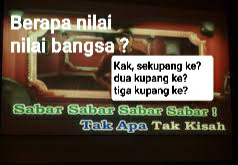 UMNO has so far been muted;  needs to say enough is enough and save Malaysia, because we are FED UP of;

is a track just released this week  by Benzooloo featuring Khodi

You, are many things Muhyiddin, but stupid is not one of them. 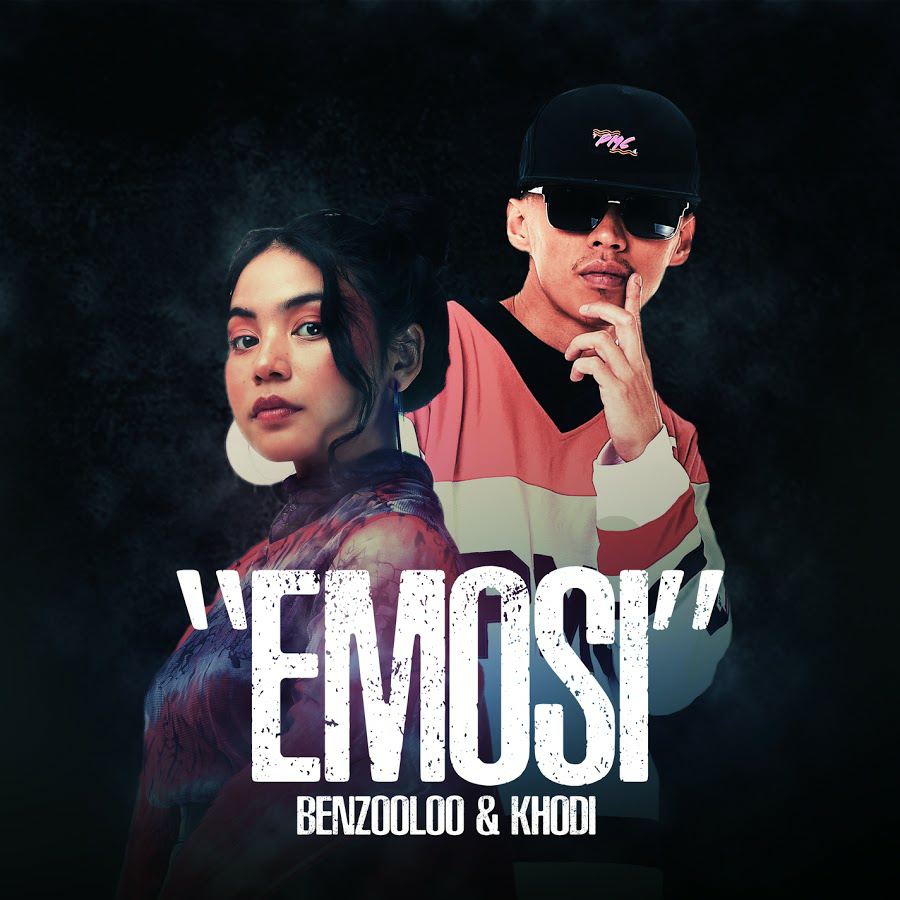 Muhyiddin went on to tell the nation that the best option is for a total lock down, adding that during the highly successful first lockdown, the Government had forked out
RM340 billion.
So the best option is not the option, Muhyiddin is taking, as he said the first MCO nearly led to an economic collapse. You can read the report by clicking HERE
This is where it gets sticky..
Did the government  really come up with RM340 billion of it's own money?

IDEAS’ research found that only 23% or RM79 billion of the RM340 billion worth of stimulus packages passed, came directly from the government, and of that, only RM65 billion or 20% of the total stimulus package were direct expenditures.

Meanwhile, only RM1 billion were direct revenue losses to the government balance sheet as a result of payment exemptions.
You can read the whole report by clicking  HERE

Basically, we are not going for the best option, because that will require a FINALCIAL AID PACKAGE  which actually involves our own money.

What can I say except..hit it Benzooloo for the PEOPLE

Posted by NuclearManBursa at 13:48

is a Malay hip hop song just released a couple of weeks ago by Gneelo ,Nastyas and Benzooloo.

Some 1134 stocks are in the red on Bursa Malaysia at mid day trade. This is the second time in a week , more than a 1000 stocks are being hammered in the exchange.

The market won't  collapse,  but the lack of urgency by Muhyiddin Yassin is dampening spirits. 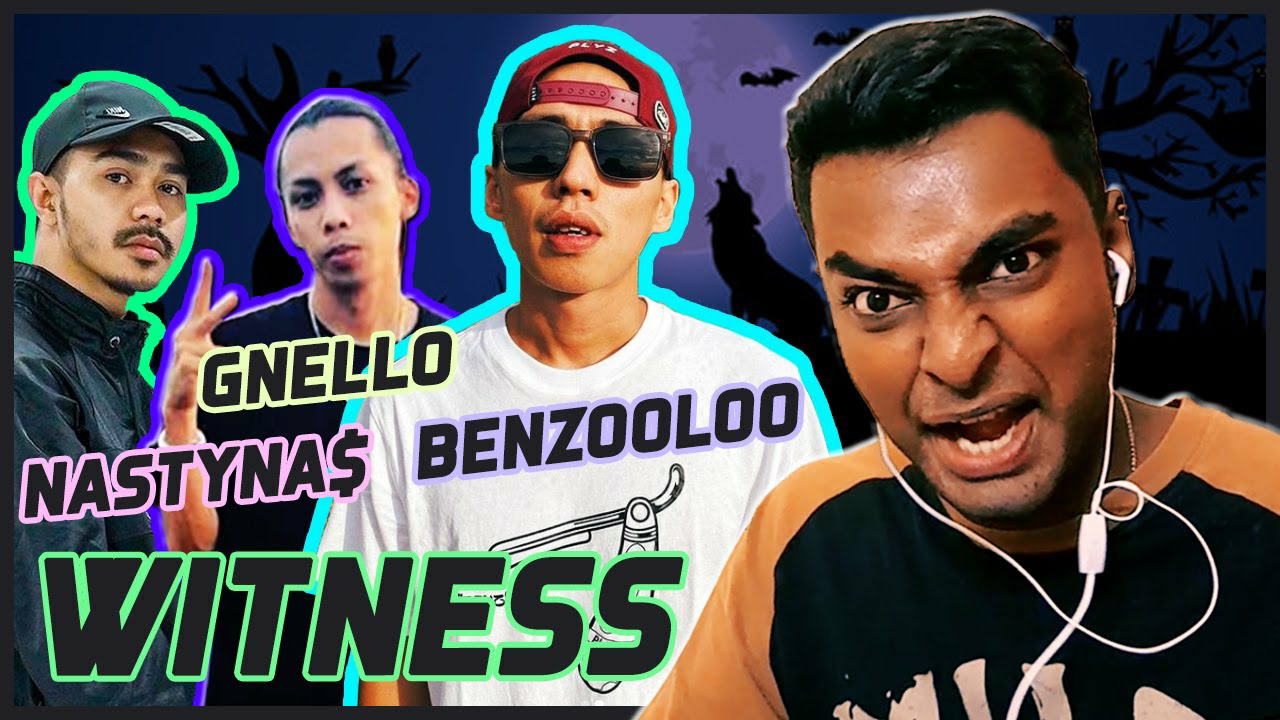 His former boss Najib Razak had this to SAY, CLICK TO READ on the lack of urgency

And the rapper's crowed in Malay

Posted by NuclearManBursa at 23:08

is the title track from Margin Gaye's 11th studio album. In 2020, it was ranked number one in Rolling Stones list of the 500 greatest album of all time.

What's going on in Malaysia these days is scandalous  when one considers  that a government partly led by PAS , find it fit to allow casino's to open while you and me, can't dine out together. CLICK HERE TO READ . 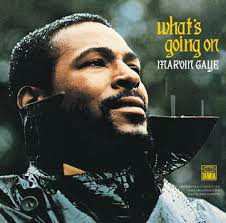 It is equally scandalous,  that despite having a very large and easily forgetful group of 70 ministers, Muhyiddin Yassin missed out on this one. Japan already has one. CLICK HERE TO READ

At least,  this would have  allowed us to laugh some more at Putrajaya.

Scandalous  indeed, that with 70 ministers, they somehow missed what legal firm SKRINE  had suspected FOUR WEEKS AGO. CLICK HERE TO READ

Scandalous  but true, the legal firm had anticipated that we were on the verge of a  deadly  fourth  cycle while the 70 ministers fiddled and allowed bazaars and factories to open.

Scandalous, that a man who is born to the throne  has more people sence than Muhyiddin  Yassin.  The Sultan of Johor, shoots straight from the hip, calling for assembly men from his state to meet.CLICK HERE TO READ

Will Muhyiddin  attend since he is a member of parliament from Johor, and will he do so  with a straight face, considering  parliament , the national legislature is suspended.

Scandalous, that too many of us have fallen to Covid 19, while the often maligned civil service  are the ones again holding the forth, be they the army,  police or medical personnel.

It's not unusual. False prophet

Is one of the single from Bob Dylan's Rough and Rowdy Ways album which topped the UK charts last year,  making the Noble Peace Prize winner at aged 79 the oldest chart topper until  80 year old Tom Jones knocked him off the perch this week  with the It's Not Unusual album
It's NOT Unusual  that THIS (CLICK TO READ) is still happening in Malaysia, and It's NOT Unusual for  THIS (CLICK on This to READ) also to HAPPEN in Malaysia. 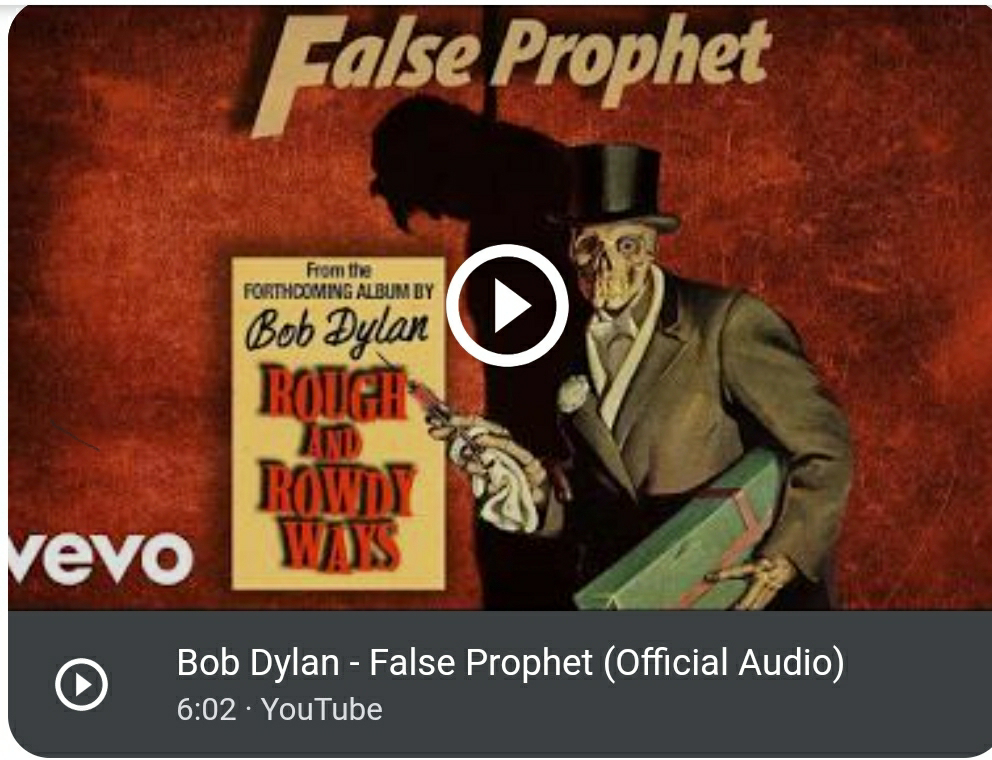 Bob Dylan sums it up with ;
Another day that don't end
Another ship goin' out
Another day of anger, bitterness, and doubt
I know how it happened
I saw it begin
P.s.. i believe WE all know and saw it happen. When good man keep silent, evil shall triumph. All we need is one good man to say enough is enough. Everyone of us should be that ONE good man coz this land is OUR land. Together we stand, divided we will be trapped in a cycle of It's NOT Unusual
Posted by NuclearManBursa at 09:51