Is currently riding at number one in the UK charts. The single is by George Ezra.
It seems that the crude oil price is beginning to act like a shotgun pointed on the head of Barisan Nasional and Najib Razak.
It's also a shot gun which Dr Mahathir and Anwar Ibrahim will most likely use to blow away Barisan Nasional and Najib Razak.
Regardless of the politics, if what CNBC reports becomes reality, than this shotgun is good news indeed for Malaysia.
Read part of the report below :
Big oil is sowing the seeds for a 'super-spike' in crude prices above $150, Bernstein warns

Oil prices could top all-time highs as energy companies invest too little money in new production, Bernstein Research warns.The underinvestment could cause a super-spike "potentially much larger than" $150 a barrel.Reinvestment in oil reserves is the lowest in a generation, while the amount of time those reserves will last has shrunk since 2000, according to Bernstein. 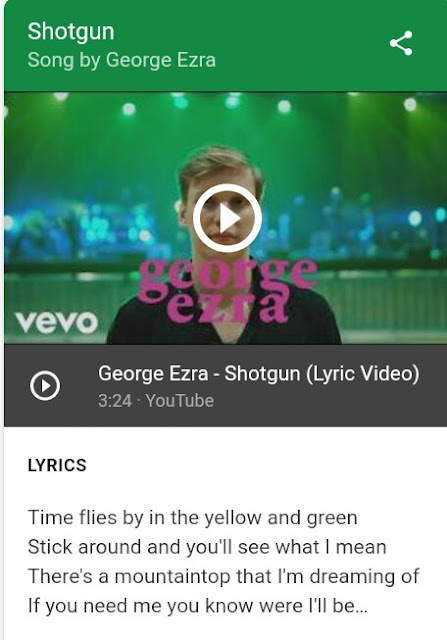 Posted by NuclearManBursa at 19:59