Wahid Omar, says he is a cheerleader. He wrote in the business insider, about the Malaysia he knows.

There is nothing wrong with any of the statistical facts dished out by Wahid Omar. They are all, absolutely correct .

Unfortunately though, Wahid Omar fails to mention a single word about the Malaysia the world knows. One clouded by pink diamonds, a leadership that refuse to issue a warrant of ARREST against Jho Low, that says no crime was committed at 1MDB.

Salute Wahid Omar, for his well strung piece in the business insider.  Someday, history shall judge, When the time came, where did this courages man leave his pants.

I was born as the ninth child in a family of eleven siblings in 1964 and grew up in Kampung Tarom, a small village in the southern Malaysian state of Johor. Like many Malays of my time, we were poor. After all, 49.3% of Malaysian households in 1970 were living in poverty.

Needless to say, English was not my lingua franca in those days. During my primary school examinations, I scored 4As and 1C — no prizes for guessing what the ‘C’ was.

But I was granted the opportunity to enrol in a government run MARA Junior Science College, and from there managed to improve my language skills. My government then, and even now, believes that providing good education is key to elevating people out of poverty. My heart was set on becoming an accountant, to a point where I was able to study accountancy in the UK under a scholarship from MARA, the agency set up to help the underprivileged Bumiputera community.

And now, here I am, having risen to a position where my opinions may be received by an international readership keen to hear from the ground what the ‘real’ Malaysia might be like, beyond the headlines.

Unless you live in this country, I think you will be largely unable to grasp the many complexities that come with managing a relatively small diversified nation of people that has always punched above its weight, and further nuanced by differing economic and social pressures.

Malaysia is now on the cusp of joining the ranks of fully developed nations, transforming into a high-income economy as per the World Bank’s definition.

1. The World Bank points out that since gaining independence, Malaysia has successfully diversified her economy from an essentially agriculture and commodity-based one to one that now hosts robust manufacturing and services sectors, making us one of the world’s leading exporters of electrical appliances, electronic parts and components.

2. Government policies have helped turn Malaysia into one of the most open economies in the world, with a-trade-to-GDP ratio averaging over 140% since 2010.

3. Our openness to trade and investment has been instrumental in creating employment and spurring income growth; 40% of our jobs linked to export activities.

5. This year, the central bank, Bank Negara Malaysia, has raised its growth forecast for 2018 to 5.5-6.0 percent, one of the fastest growth in the region, thanks to the resilience and diversity of our economy, buttressed by vibrant domestic consumption and business investment.

And now with less than 1% of Malaysian households living in extreme poverty, my government’s focus has shifted toward addressing the well-being of the bottom 40% of the population.

It is a band which my family and I once belonged to and is for me personally a hugely important policy development in terms of narrowing the wealth gap and ensuring that Malaysians of all walks of life succeed and prosper together.

I was 37 when I was asked to head UEM-Renong Group, at the time Malaysia’s largest infrastructure company, with 11 publicly traded companies in its stable.

Many of my peers were also accorded leadership positions in large government linked companies when they were in their 30s and early 40s. They were not from rich and well-connected families. They were given equitable opportunity and recognised for their abilities.

This trust in our talent and diversity has helped make Malaysia what it is today.

Yet because of the opportunities my country has given me, I am but one of millions of Malaysians, who through sheer hard work, grit and hunger, have helped pushed Malaysia into a position where we are today comfortably inside the global Top 30 in terms of GDP measured by Purchasing Power Parity based on World Bank’s World Development Indicators 2016 database.

Malaysia is certainly not perfect and there are many areas for improvement. But having seen my Malaysia through the eyes of a once poor village boy who made it to the corporate world, I will say this: business thrives on a stable foundation and a proven track record of economic governance.

In the 61 years it has helmed Malaysia, my government has brought development, prosperity and peace to the people of a still-young nation.

I am an unabashed and unapologetic cheerleader of the social and economic upliftment policies implemented by the Government. 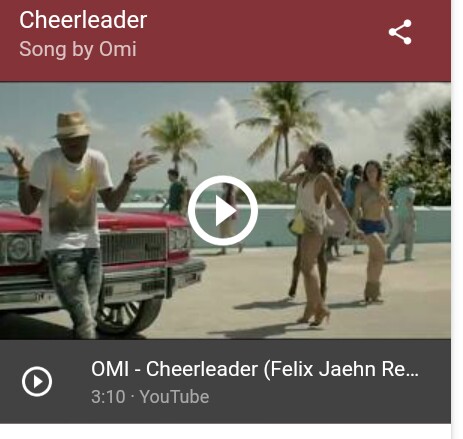 Posted by NuclearManBursa at 05:50