Is the massive 1983 hit single from British duo the Eurythmics, taken from the album touch.

Malaysia, better watch out, because word in town is here comes the rain again!!.

Free Malaysia Today, has the story. Read below :

PETALING JAYA: Malaysia is likely to be hit by a recession in 2018, with most of the sectors expected to slow down, political and economic affairs analyst Prof Hoo Ke Ping predicts.

However, he said, the palm oil industry would do well due to the La Nina effect which will see more rain than expected, pushing production and prices for the edible oil upwards.

“Malaysians will feel the pinch of recession from next year onwards due to various factors, including a decline in consumer confidence and the retrenchment of workers from such sectors as oil and gas, banking, retail, and electronics,” he told FMT. 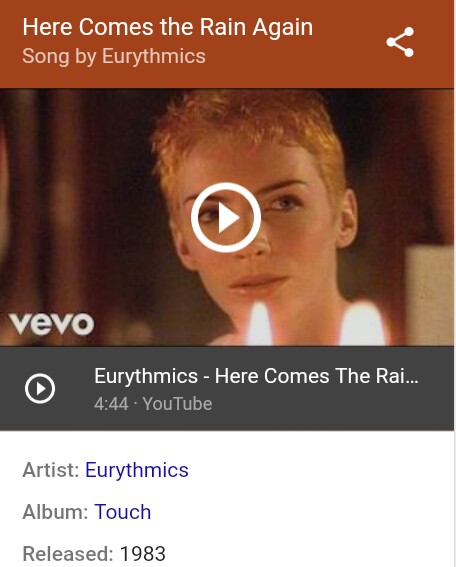 Posted by NuclearManBursa at 04:06

Is the current hit single from Dua Lipa, taken from self titled album.

There are new rules in place when it comes to 1MDB's case in the USA. Apparently now the USA is pursuing a criminal case against those who stole our money.

Does this mean Jho Low will soon be charged in court soon? The devil is in the details...talk in town is the fat boy, might end up being the WITNESS.

Reuters have some of the story here. Read below :

The U.S. Justice Department is conducting a criminal probe into 1Malaysia Development Berhad (1MDB) and has asked for a stay on its civil lawsuits in connection with $1.7 billion in assets allegedly bought with money stolen from the scandal-hit state fund.

A total of $4.5 billion was misappropriated from 1MDB by high-level officials of the fund and their associates, according to dozens of civil lawsuits filed by the U.S Justice Department in the past two years.

1MDB did not immediately respond to an emailed request for comment. Posted by NuclearManBursa at 08:43

Malaysia. Rake it up

Is the current us top 20 hit by Yo Gotti & Nicki Minaj.

Malaysia looks like raking up, a long list of economic no no's, which soon could trigger a massive withdrawal by foreigners in the bond and equity markets.

Inflation is at an eight year high, foreign reserves held by Bank Negara stood at US99.1 billion compared to US141.4 billion in 2013.

To top it all up, reserve adequacy is low, compared to the countries near us.

Malaysia’s reserves are sufficient to finance 6.5 months of imports, according to data compiled by Commerzbank AG using a 12-month moving average. 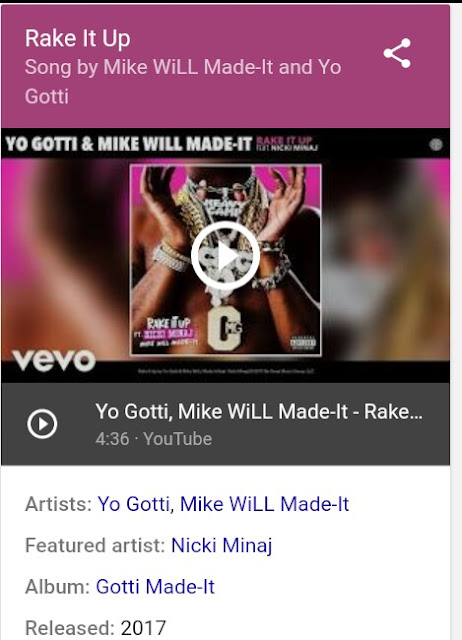 Posted by NuclearManBursa at 16:40