Is a 1990's smash hit for one hit wonders Hollywood Beyond, taken from the album if.

If there is one stock , which has been largely ignored by the broader market players, then that stock ought to be HSS Engineers.

Here is a stock which is up by 50 per cent in six months over its IPO price of 50 sen.

The stock today hit a fresh all time high of 76.5 Sen, with volume for the day, higher than its four week average of  4.41 million shares.

Talk in town is that just is the begining for HSS, as it's next stop is said to be RM1 a share..

If this is true, and if one were to ask you what's the colour of money? The anwser could well be HSS Engineers!!!!. 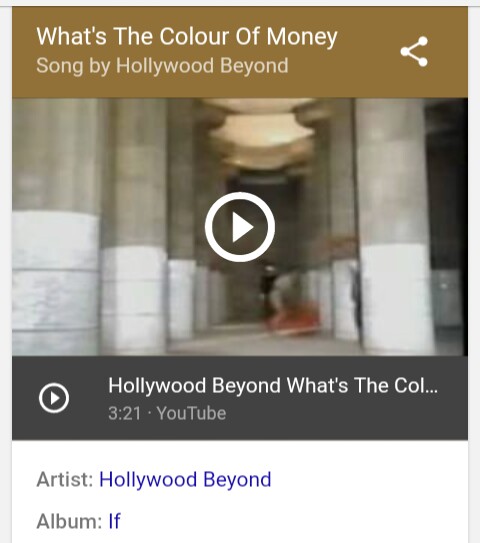 Posted by NuclearManBursa at 02:46