Is the smash hit from the 1980's from the former front man of Genesis, Peter Gabriel and Kate Bush.

MH 370, the relatives of the missing won't give up, as they plan to raise as  RM 50 million to keep the search going.

Read below. Reuters has the story :

Relatives of those who went missing onboard Malaysia Airlines Flight 370 announced on Saturday that they planned to raise millions to fund a search for the aircraft, which vanished nearly three years ago.

Grace Nathan, a Malaysian lawyer whose mother, Anne Daisy, was on the plane, said the families hoped to raise around $15 million (14.1 million euros) as a start. She said the money would be used to finance a search north of the region of the southern Indian Ocean that was jointly scoured for nearly three years by Australia, Malaysia and China without success.

However, Nathan said no money would be gathered until it was sure the three governments had definitely ceased their efforts to find the plane. 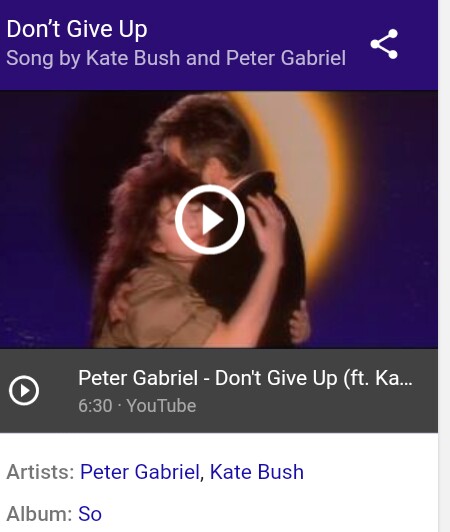 Posted by NuclearManBursa at 20:05