Bursa Malaysia's Gambit for the Minority Shareholders WatchDog Group, Goes Down in SMOKE, with a little help from The Edge and a 2.56 minutes You Tube Clip to the market with this MESSAGE : Don't Shut Me Down

is a song just released by Swedish quartet ABBA. Having witnessed  at close hand the miracle of Istanbul , and Liverpool's perseverance from 30 years of humiliation to finally reclaim its throne in 2020 .
And now a group of 70 year Olds  bossing Tik Tok, You Tube, Spotify and MTV  at the same time, by just being themselves, what I have learned is never count the good man down, for against all odds, he will be back in the high life again.
Which is why I am mighty relieved that Serba Dinamik is not asking for blind faith from its legions of retail supporters that indeed all is well with the COMPANY on a day, the company had been asked by the stock exchange to make a facing saving statement .
READ : EY provides biweekly progress updates to independent directors, says Serba Dinamik.
The statement itself is a clear indication  that Bursa Malaysia was trying to safe the face of Minority Shareholders WatchDog Group CEO Devanesan Evanson was WRITING GARBAGE when he wrote READ ; Awaiting Serba’s SIR report: When no news is not necessarily good news.
Why did I say GARBAGE or in Malay SAMPAH ?

I believe it would be fair to say
"You look bewildered"
And you wonder why I'm here today
And so you should, I would
When I left I felt, I've had enough
But, in the shape and form I appear now
I have learned to cope, and love and hope is why I am here nowAnd now you see another me, I've been reloaded, yeah I'm fired up, 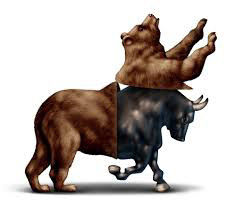 Bursa Malaysia.
VIEW ; In 2.56 minutes, without saying anything, Serba Dinamik's Independent Audit Chairman says it all : Nothing Has Been Discovered Thus Far
Posted by NuclearManBursa at 14:58