The Story of Serba Dinamik is Being TOLD : A RM500 million wager on Mohd Abdul Karim's surrender by ... The Great Pretender.Pretender.ĺ

Is the remake of the 1960's Platters classic by Freddy Mercury, the legendary front man of one of rock's biggest band Queen.

Too real is this feeling of make believe
Too real when I feel what my heart can't conceal
Yes I'm the great pretender
Just laughing and gay like a clown
I seem to be what I'm not .

Seem to be what  its not , is hammered all over the place, but if you go through the internet today it will be very difficult finding traces of it.

Specifically what I mean is that in the early days of the Serba Dinamik / KPMG tussle there was a lot of talk of a new management coming in, as well as a new shareholder. 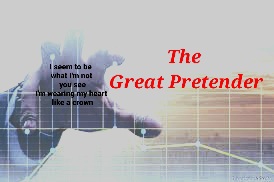 Today most of  that banter seems to have been erased to make it look like the Great Pretender to the Serba Dinamik throne never existed.

Comments  can be erased but the trades cannot,  to put it plainly you may have the cake but you certainly can't eat it .

While online banters are erasable if you spend enough money,  trades on the stock exchange cannot be erased  with such ease.
SPECIFICALLY , the June 1 2021 Serba Dinamik  trade which sticks out like a sore thumb . The pointers to this train of thought are as follows ;
🟥 Who bought 500 million  Serba Dinamik shares or 13 per cent of Serba Dinamik in less than 60 minuets?

🟥 Who in Malaysia  has a trading line this large backed by either cash , other securities or assets for  a stock broking house to allow the purchase  of shares of a supposedly damaged company?
🟥 Mind boggling but true,   Serba Dinamik may not have had a free float all at the same time  in the open market to accommodate the trade.

🟥 Who is the RISK TAKER willing to pump in so much MONEY  Into Serba Dinamik at this early stage and why would this RISK TAKER want to do so if Indeed SERBA DINAMIK  is as screwed up as KPMG would like us to believe.

VIEW  ;  The Half a Billion Wager That Failed To Take Down The Serba Dinamik CEO
Was it an individual or a group of individuals with the help of an unnamed large fund behind this day light heist on Serba Dinamik?

I will let you know latter, but for now what is important to note is  the Great Pretender  or Great Pretenders  effectively have placed a RM500 million bet THAT Mohd Abdul Karim Abdullah  will buckle under pressure.

Tomorrow :  The Black Super Man!!!
Posted by NuclearManBursa at 09:21