by Malaysia' s very own Altimet  is one of the stand out hip hop songs over the past decade about the powerful going into hiding.

Was KPMG using Serba Dinamik to show the world that it was still relevant and has the highest set of integrity?
READ ; 1MDB and M’sian government sue KPMG partners for US$5.64 billion
KPMG will have its day in court soon, where it can explain to the world how on earth it completed the 1MDB audit in a 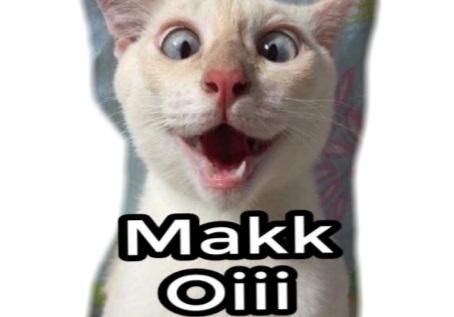 Admitted that KPMG did eventually admit in 2018 that it's audit findings on 1MDB were mostly hot air.  READ ;Malaysia's 1MDB audits from 2010 to 2012 did not give 'true and fair' assessment, KPMG says
Is KPMG going to say in court : Saya cuma Ya Tuan, Okay Boss, Yang ikut perintah type of an audit firm. Can they?
This is KPMG, we are talking about, the firm which TheEdge describes as "not just any audit firm; it is one of the Big Four accounting firms with offices in some 150 countries and over 227,000 employees worldwide" in move that seems to suggest, that the small boy in the room Serba Dinamik should just roll over and play dead.

My thoughts are  just Mambang ;

My questions to the Edge,  the audit Oversight Board and KPMG are as follows.

[  ] The Edge since you have saw it fit to drag the MIA into the Serba Dinamik story, please go and ask the MIA about what they think about KPMG's role in 1MDB?

[  ] To the Audit Oversight Board,  how long are you going to hide behind the lame skirt that you did not sanction KPMG because 1MDB is not a Public Interest Entity.  A crime is still a crime.

[  ] To KPMG,  now that the Government  of Malaysia are suing you in an open court, can you please resign as Petronas auditor, an entity owned by my government.
Posted by NuclearManBursa at 01:01