is song by rapper Saykoji which initially hit the airwaves in 2019 and has gained strength in recent years,  as an anthem to do the right thing.

After days of sitting on it,  KPMG finally had no choice but to give the SC and Bursa Malaysia face by agreeing to allow Serba Dinamik to appoint EY as the independent auditor.

Strange but true, it was KPMG which initially suggested to Serba Dinamik to  appoint an independent  auditor as KPMG could not form a cast in stone opinion  if indeed there were wrong doings in Serba Dinamik.

When Serba Dinamik agreed to KPMG's suggestion things took a strange turn. Some say,  the Auditors had wrote in to the SC that all was not well with Serba Dinamik's accounts while others say the Auditor had merely informed the SC that it needed more time to form an opinion and it was the SC which was trigger happy. 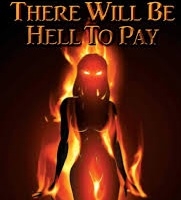 Regardless of what really happened,  the fact is soon after that, there was a clear mandate to slur Serba Dinamik 's name especially  in the cyber world. READ. I3investor takes down baseless allegations .

The Jalan Panjang or the long road, has so far lead, to Serba Dinamik taking KPMG to court,  and major shareholders shares being fore sold in the open market due to margin calls.
But they are sticking to their guns,  that just like how the on line campaign  failed to slur  Serba Dinamik,  that the truth will always prevail, and for the hidden hands, there will be hell to pay ....

Posted by NuclearManBursa at 06:58