I am on two minds  on Tony Pua 's statement  that KPMG should be dropped  until the court decides if the Audit firm  is innocent or guilty in the 1MDB scheme of things. READ ; DROP KPMG

Tony Pua  comes out superficial and shallow for two reason, namely  I am not clear why the Government is suing KPMG.

Secondly, Pua who is a known buddy of KJ,  once held a very important role in the finance ministry. Why is it during his stay in power nothing  much was done  to bring  KPMG to court?

Tony Pua  is of course a guy who is  in the mudah lupa category, READ ; In his hour of need, I gave him 100k. Now he says I am a nobody
The common enemy in the room is Tony Pua and the government are not communicating effectively, so that every Tom, Dick and Harry , like me, who are not so sharp are able to understand why the Government is suing KPMG
Is KPMG being sued  because they are bad auditors? or perhaps they were just lazy auditors  who took the then MOF word as the truth without  cross checking the validity of the information.

Or is  KPMG being sued by the government  for something more  sinister?  To find out, do read Azham Md Ali of Universiti Pendidikan Sultan Idris (UPSI) research work that was published on Feb 2016 in the journal of Public Administration  and Governance . READ ; 1MDB, THE AUDIT FIRMS QUESTION

Going through Azham's  working paper is like reading a thriller novel, as his grasp of the subject  coupled with a gift to write,  makes a tantalizing  read  ;

Letter of Agreement to purchase shares – all okay, except Auditors want a change in  clause 5.9. Conceptually, they say that they will only clear the audit if the „proportionate  reduce [sic] in guarantee‟ is satisfied by either a „proportionate conversion of the shares‟  or payment in „cash‟. Attached is the draft which they had proposed which I have not sent to our lawyers as it is better that you deal with it.

Compare the statement above with the  Statement from KPMG in Malaysia

Kuala Lumpur, 26 June 2018 – KPMG Malaysia were the statutory auditors of 1Malaysia Development Berhad (“1MDB”) and issued audit reports on the financial statements for the years ended 31 March 2010 to 31 March 2012. On 31 December 2013, during the audit of the financial statements for the year ended 31 March 2013, the firm’s appointment as auditors was terminated and the firm did not have access to information related to 1MDB subsequent to that date.


The government of the day,  especially  the finance minister Tengku Zafrul 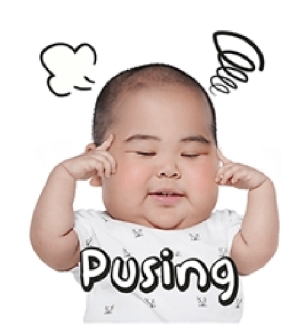 can you please speak in a language normal people can understand. Tell us why  the government is suing  KPMG.

1.  Are you are suing KPMG,  coz they were lazy auditors.   Then I  do not agree with Pua, that the Government should ensure that until the case is resolved  KPMG should  not audit Petronas or  other GLC.
My reason is simple give them a second  chance lah and being lazy is not a crime..

2. Are  you are suing KPMG  for conspiring and abetting in the fraud that took place in 1MDB.
I fully agree with Pua and  I do believe that the Petronas chairman  has no option but to immediately  distance  itself from KPMG

Posted by NuclearManBursa at 06:13