is the only Jay Z song which I like.  Must say , had a lot of help from Rihanna and Kayne West in helping the single to top the charts and win the best rap song award at 52 Grammys..

Having gone through the comments on Serba Dinamik, I must say that most  have missed the elephant sitting in the room.

Talk with your brokers and they will tell you that there  are a lot of day traders in the stock.  What do day traders look for company accounts? Hell no,  they look out for stocks with momentum.

The rise of Gameshop, the Robin Hood trading platform and Reddit,  opened up a new dimension, where by the day traders ( some of them are really big and trade on zero commission), alongside the new retail entrance to the market realized  something else ; MEME STOCKS

READ
1. What is a meme stock
2.Meet Ustaz Yusuf Mansur, the Indonesian preacher with the MEME stocks.
3.Cleric who moves the market
Those keenly invested in the market may well be aware of all this... but some how most have missed the one application which has changed the way day trading is influenced these days. TIK TOK  the world's most down loaded non gaming app, has reshaped the trading game, without altering the rules which is based on momentum.

Our regulators are about half a decade late. They only now beginning to look at information transmitted via Telegram, when the new generation of investors have already moved to Tik Tok.

You don't have to take my word on this. You  can group NST, STAR and Edge together on a media campaign,  which may cost you a bundle, yet they will not have the punch, speed  or influence of Tik Tok in the trading world. 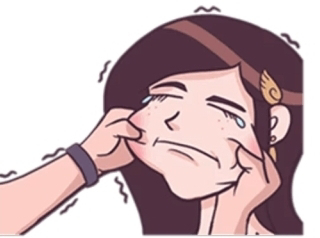 READ
1.The TikTok hashtag '#stocks' has amassed three billion views on the mobile video app as more and more millennials and Gen Z turn to the platform to learn about the stock market
2. Many young traders get their information from the video app TikTok, where financial advice and stock trading tips often go viral, reaching tens of millions of users.
And with that, I hope people who believe that their two cents are much more worthy then others on all the old and getting obsolete  on line tools, I do hope they are now able to draw a line between motives of a day trader, fundamentals and momentum.
Also, do wake up lah, coz Tik Tok Runs This Town ;
My whole team got dough
So my banquette is looking like millionaires' row
Life's a game but it's not fair
I break the rules so I don't care (what's up?)
So I keep doin' my own thing
Walkin' tall against the rain
Victory's within the mile (what's up?)
Almost there, don't give up now
Only thing that's on my mind
Is who gon' run this town
Posted by NuclearManBursa at 09:59