by  Hijjaz  one of the pioneer  Nasyid band in Malaysia. As I said before the story of Serba Dinamik HAS YET TO BE TOLD.  READ ; The Great Game @ Serba Dinamik. Orang Curi Start
Despite, Serba Dinamik being thrown under the bus by the Edge, I have always maintained that there is much more to this story.

Having maintained from the very beginning, that when it comes to Serba Dinamik, as a trading stock it's a good punt,  and that fraud if it did take place, would have taken for much longer than KPMG' would like us to believe.

One personality,  which I zeroed in from day one, but chose to keep silent until now is Hasman Yusri Yusoff, the former KPMG partner, who ended by being the head of Serba Dinamik audit committee. READ ; Former Serba audit committee chairman charged in court for Criminal Intimidation of Fellow Board Member

That is also why, I have been furious with the Edge, on its reporting.  Jose Barrock, is what he is, a straight laced reporter, but M Shanmugam is at a different  level. 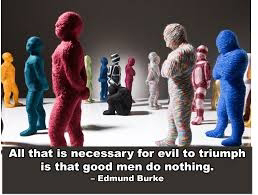 This guy has the skill sets, to spot stuff like this within seconds and pursue the truth.

Unlike me,  the Edge has the standing, physical resources and monetary strength to nail the story behind  story.

That story has now taken a vicious twist. The Edge owes it to its readership, to come clean on the Great Game @ Serba Dinamik.
Posted by NuclearManBursa at 11:00